“My dog is called Banner because my, at the time four year old son, was allowed to name him and decided to name him after a character from the TV show Slugterra,” Kelly says. “That was fine, until a few years later I googled the character and found out the character’s name isn’t Banner, it’s Danna! Our dog was supposed to be called Danna!” 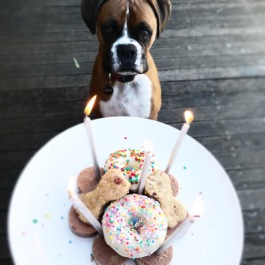 A full list of book titles and news can be found at kellycanby.com

Lots and lots of drawings and current work can be found on Instagram.

“I’d like to say Banner is a great writing and illustrating companion but all he does is sleep on the couch during the day so, no help there really,” says Kelly.

Fave toy: “When he’s not sleeping on the couch all day, Banner’s favourite toys are whichever one of my shoes I’m chasing him around the garden trying get back off him,” says Kelly. “And my son, they’re the very, very best of friends.” 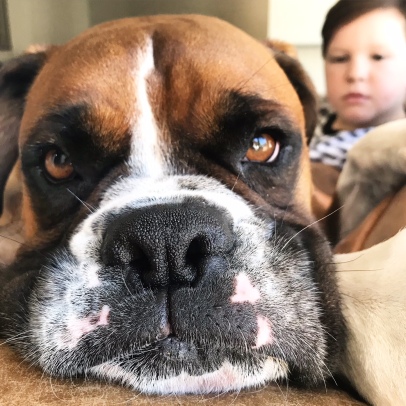